Maruti Suzuki: The Arrogance of Success

In Ramayana, Maruti or Hanuman is depicted as a strong, loyal, and a follower of Prabhu Ramachandra sans ego.

But look at the Maruti executives. They seem to be arrogance personified. Here is the statement of Maruti’s MD Shinzo Nakanishi: “I hope the workers in Manesar understand that an internal union better represents their interests.” [TOI Jan 7, 2012] 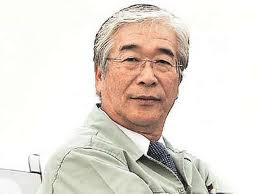 Secondly, the statement may be true if he means that ‘an internal union better represents their interests as far as the Maruti management is concerned,’ one must appreciate his audacity to say it. The newspaper reports have captured in detail how Maruti handled the recent strike and promoted an internal union. Such unions are called ‘puppet unions’ and obviously not without reason.

Even so, Maruti MD’s statement only smacks of arrogance and a tendency to ‘manage environment.’ Those who followed the strike will recall the rumours that Maruti actually paid Rs 1 Crore to its worker leaders for taking separation. Mr Nakanishi’s statement can only make people believe that the rumour is true.

A mature statement came from Toyota Kirloskar which too experienced labour strife. [Quote] Said Vikram Kirloskar Toyota Kirloskar Motor vice chairman: "We're trying to improve communication with team members and instil ownership in the company. When we started out, we ended up with fresh hands and failed to understand their demographic and personal requirements. That's why we had labour problems in the first plant but the second plant the going has been smooth. We have promoted career development and ensured a mix of experienced and new people."[Unquote]

The language discloses your thoughts. In the case of Maruti, those are far from encouraging. “Learning and innovation go hand in hand. The arrogance of success is to think that what you did yesterday will be sufficient for tomorrow” said William Pollard more than a hundred years ago.

It stands true even today.
Do you get me Mr. Nakanishi?